Corey Carter, a GDIT program manager based in Springfield, Virginia, has spent the last several months visiting classrooms – virtually and in-person – in St. Louis to talk about his work and about his atypical and inspiring career path in STEM.

“Many of the schools I visit don’t even have formal STEM programs,” he said. “These schools are under-resourced, serving underprivileged kids, and many of these kids have never seen an engineer who looks like them. When I go in and talk to the students, we start with what STEM is, how technology plays a role in their everyday lives, and how to get involved in doing STEM work.”

Corey often points to an iPhone as a relatable example of technology and how students interact with the people powering those devices. He talks with them about the people who answer Help Desks, or who code applications for the phone, or who run the network infrastructure that enables everything a person does on a device.

Corey does that with “Lingo Kits,” provided by STEM Board, that give students real-world STEM tasks to complete – like building a prototype back up camera for a Tesla.

“It’s incredible to watch the students go from ‘I can’t do that,’ to ‘Ok, well if I just do this and then this…’ to ‘Oh wow, I did that’ in the span of just a couple of days.

Corey says that’s precisely the kind of impact he wants to have. He tells the students how he started as a helpdesk technician, then became a system administrator, then systems engineer, then a program manager. He acknowledges that coding isn’t for everyone, and that’s ok. There’s so much more to STEM beyond software development, and if students can get exposed to STEM activities and get involved in the field now in some way, there will be more open doors for them in the future – whether that involves pursuing higher education, taking a certification course, or joining the military as he did.

“It’s incredible to watch the students go from ‘I can’t do that,’ to ‘Ok, well if I just do this and then this…’ to ‘Oh wow, I did that’ in the span of just a couple of days." 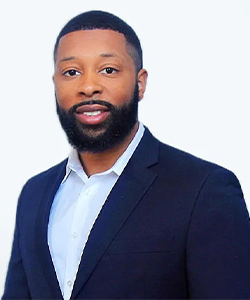