The Intelligence and National Security Alliance (INSA) is now accepting nominations for the 2023 INSA Achievement Awards. Now in its 13th year, these awards recognize outstanding early- to mid-career professionals from the intelligence, homeland, and national security communities, as well as a senior leader who inspires their success.

Each of the six awards is named after a recipient of the William Oliver Baker Award, which INSA presents annually to an extraordinary leader for sustained contributions to excellence in intelligence and national security affairs.  Nominations are due COB on Friday, October 28.

“Since our inaugural ceremony, Achievement Award honorees have been extraordinary individuals who lead by example, live lives of purpose, and inspire others to be more and do more,” says INSA Chair Letitia A. Long. “Their diversity of backgrounds and experiences has been awe-inspiring, and their shared commitment to our national security reflects all that is great about our country. By recognizing these emerging leaders, employers reinforce that their work is appreciated and valued, which is vitally important to retaining these high-performers.”

The Richard J. Kerr Government Award
Open to civilian government employees up to and including GS-13 and equivalent rank. Download a nomination form.

The Joan A. Dempsey Mentorship Award
Open to public, private, and academic professionals up to and including GS-15/O-6 and equivalent rank. Download a Nomination Form.

The William O. Studeman Military Award
Open to uniformed military personnel up to and including 0-4/E-7. Download a Nomination Form.

With so many hard-working early- to mid-career professionals powering the national security, intelligence, and homeland security communities, we know there is someone in your organization deserving of recognition! 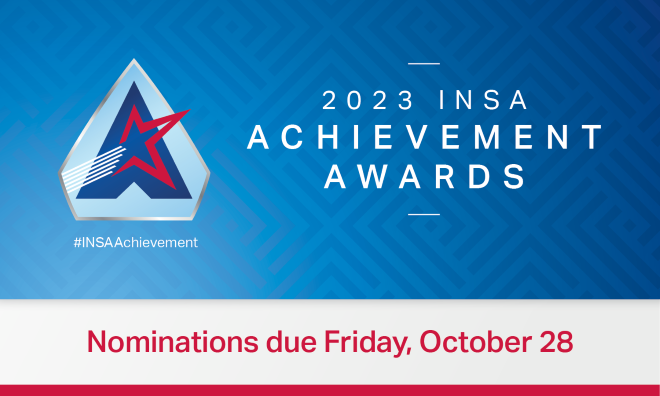