Awards showcase the rising stars across the intelligence, homeland, and national security communities

ARLINGTON, VA (August 17, 2021) – The Intelligence and National Security Alliance (INSA) is now accepting nominations for the 2022 INSA Achievement Awards. Now in its 12th year, these awards recognize outstanding early- to mid-career professionals from the national security, intelligence, and homeland security communities, as well as the senior leaders who inspire their success. Nominations are due by COB on Friday, October 29, 2021.

“Retaining top talent is mission-critical.  These awards demonstrate to our future leaders that their efforts are noticed and valued,” said INSA Chairman Letitia Long. “Such recognition is vital to the health of the trusted workforce. It is their innovative ideas, passion to succeed, and dedication to the mission that promises a secure future for our Nation. I encourage IC and national security leaders and their partners across the government, armed forces, academia, and industry to nominate the rising stars and mentors within their organizations for a 2022 INSA Achievement Award.”

The six Achievement Awards are each named after a recipient of the William Oliver Baker Award, which INSA presents annually to an extraordinary leader for sustained contributions to excellence in intelligence and national security affairs.

GOVERNMENT The Richard J. Kerr Government Award Open to civilian government employees up to and including GS-13 and equivalent rank.

MENTORSHIP The Joan A. Dempsey Mentorship Award Open to public, private, and academic professionals up to and including GS-15/O-6 and equivalent rank.

MILITARY The William O. Studeman Military Award Open to uniformed military personnel up to and including 0-4/E-7.

Nominations Process and Important Dates: All nominations must be received by COB on Friday, October 29. To nominate an individual, please visit www.INSAonline.org/Achievement to download an application form. Recipients will be announced in early January and an award ceremony will take place at the U.S. Institute of Peace on Wednesday, February 16. 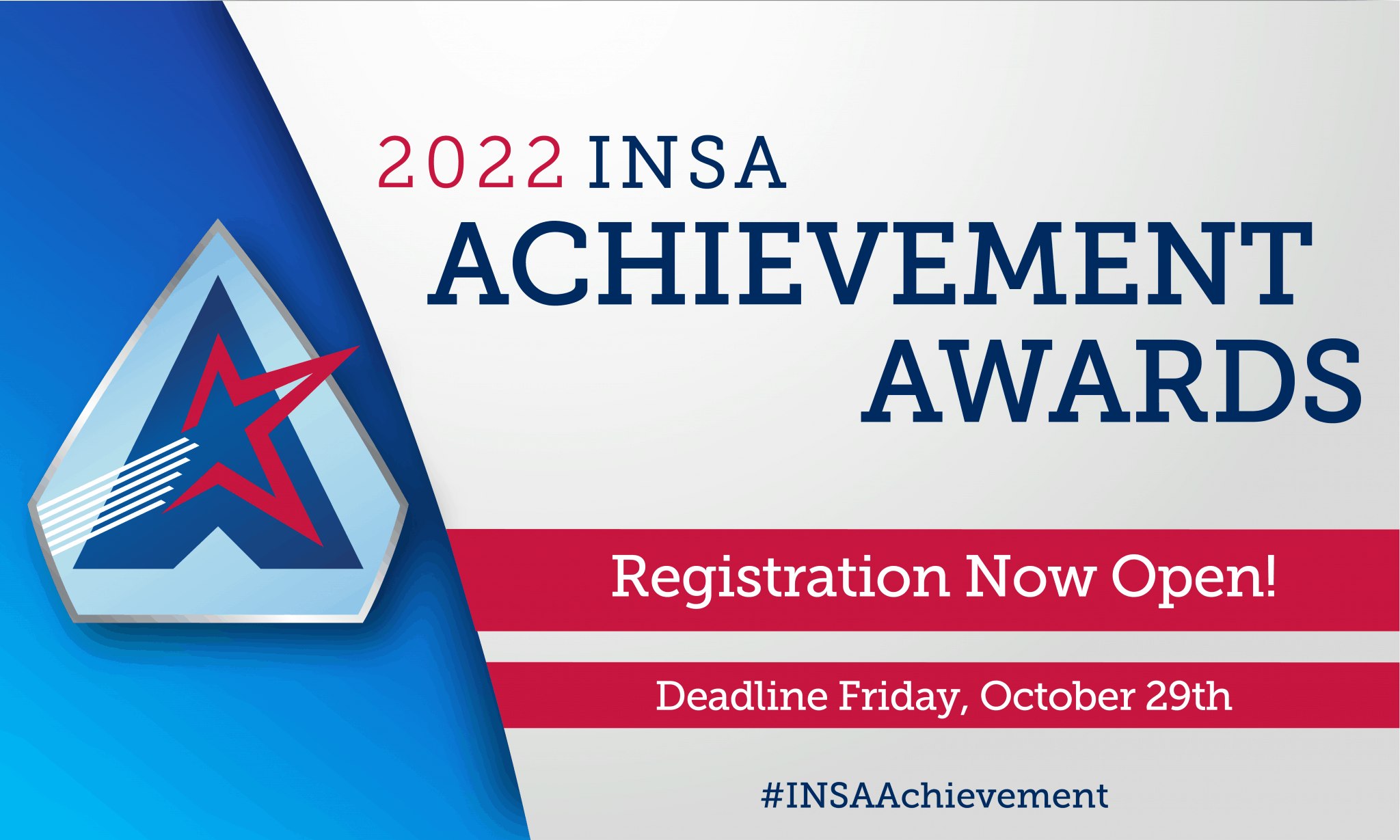