Chair INSA Board of Directors

Letitia “Tish” Long became the fifth chair of the INSA Board of Directors in January 2016. Ms. Long served as the fifth Director of the National Geospatial-Intelligence Agency (NGA), and was the first woman to lead a major US intelligence agency. This culminated a career that spanned all aspects of organizational leadership, business functions, and global operations.

She is the recipient of numerous awards including the 2017 Virginia Tech Distinguished Achievement Award, the Presidential Rank Award of Distinguished Executive, two Presidential Rank Awards of Meritorious Executive, as well as numerous US Department of Defense and Intelligence Community awards. She has been decorated with the Medal of Merit by the King of Norway, appointed to the rank of Chevalier in the National Order of the Legion of Honor of France and awarded the Commander’s Cross of the Order of Merit of the Republic of Poland.
Ms. Long earned a Bachelor of Science in Electrical Engineering from Virginia Tech, a Master of Science in Engineering from the Catholic University of America and was awarded an honorary Doctorate in Strategic Intelligence by the National Intelligence University. She sits on the boards of COPT, Parsons, T-Mobile US and Noblis and serves on the Board of Visitors of Virginia Tech (Rector). 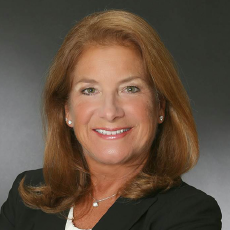